Constance Smith is an author, women’s rights advocate, inventor and Dealer Support Specialist at Dealertrack.  And she’s on a mission.  She wants to ensure that the groundbreaking contributions of female designers working in American car companies during the 1940s and 1950s is not lost to history.

In her recently-published book, Damsels in Design: Women Pioneers in the Automotive Industry, 1939-1959, Smith chronicles the overlooked or even mis-attributed legacy of 20 women. These women are responsible for safety and design advancements still used in cars today, including both the first substantial child safety seat and the safety latches and belts used to secure the seat inside the car.  Another young lady penned the first Head Up Display for General Motors. Others dictated styling inside and out.

Smith was one of only two women studying in the graduate Industrial Design Department at Brooklyn’s Pratt Institute in the 1970s. After graduation, with models of an experimental safety vehicle and the first heated/cooled compartment for cars in her portfolio, General Motors recruited her to join their Advanced Concepts Studio. At the GM Tech Center, she worked on early liquid crystal displays, the technology at the heart of computer monitors, designed instrument panels and helped solve the engineering challenge of installing airbags. After leaving General Motors, she taught at the University of Bridgeport and Pratt. Mid-career, she received a NEA Award in Design Arts and conducted ergonomics research developing electronic components to assist the arthritically limited driver. Her passion for inventing remains. Smith was later placed at a Chevrolet franchise for training by GM in her quest to buy a Cadillac franchise before a downturn in the economy.

She was always struck by the lack of mentorship available to females in the automotive industry, and the institutional attitudes and discrimination that continued to hold women back.

Even while studying at Pratt Institute, she’d taken note of how women were treated differently, proposing a thesis on “Women in Industrial Design,” of which her male department did not approve.

“I wanted to give women the credit for what they’ve done – add them to our history books.” Smith explained.

Click here to read more about Constance Smith and visit jobs.coxenterprises.com to learn more about #LifeAtCox. 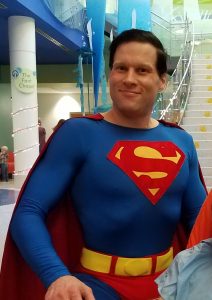